One of the positives of the FIBA Basketball World Cup 2019 Qualifiers is that it gives countries a chance to see what they have in their talent pipeline. Many youngsters all over the world, including some cutting their teeth at senior team level, raised eyebrows in the First Round.

Here is a rundown of some of the young guns that are already firing for their national sides.

Age: 20 (born February 8, 1998)
Stats: 18.5ppg, 5.0rbg, 1.0spg in 27.5mpg
There’s nothing like an injection of a sublime talent like Hachimura to give a lift to a side that had lost its first four Qualifiers. The leading scorer at the FIBA U17 Basketball World Cup 2014 in Dubai, Hachimura had 24 points and 7 rebounds to help Japan edge previously unbeaten Australia, 79-78. Yes, the arrival of Hachimura and Nick Fazekas made all the difference for Japan, who won both of their games in the third window to clinch a spot in the Second Round. 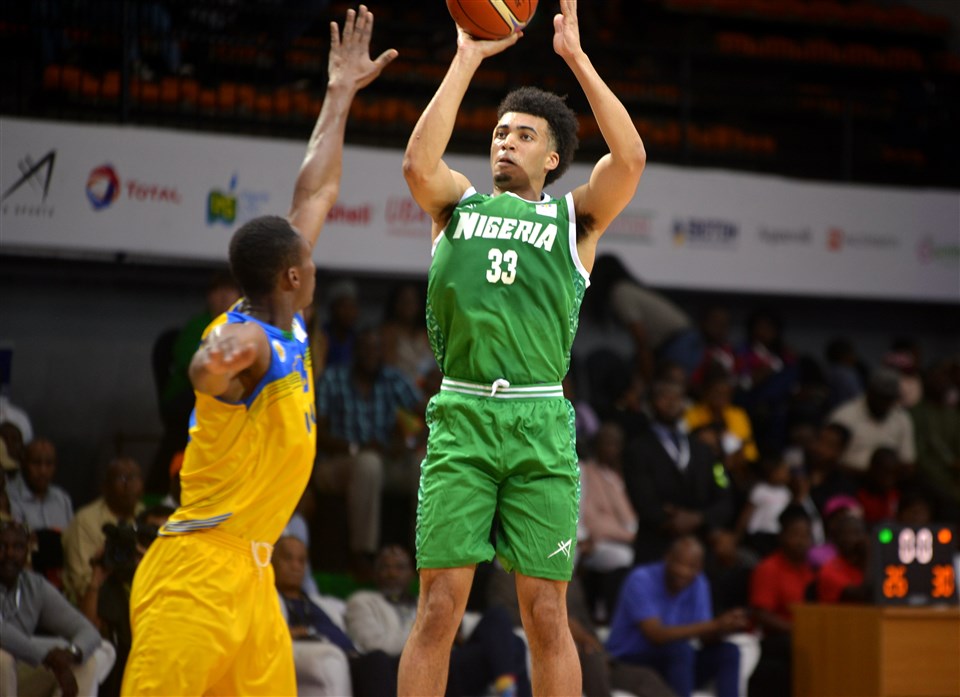 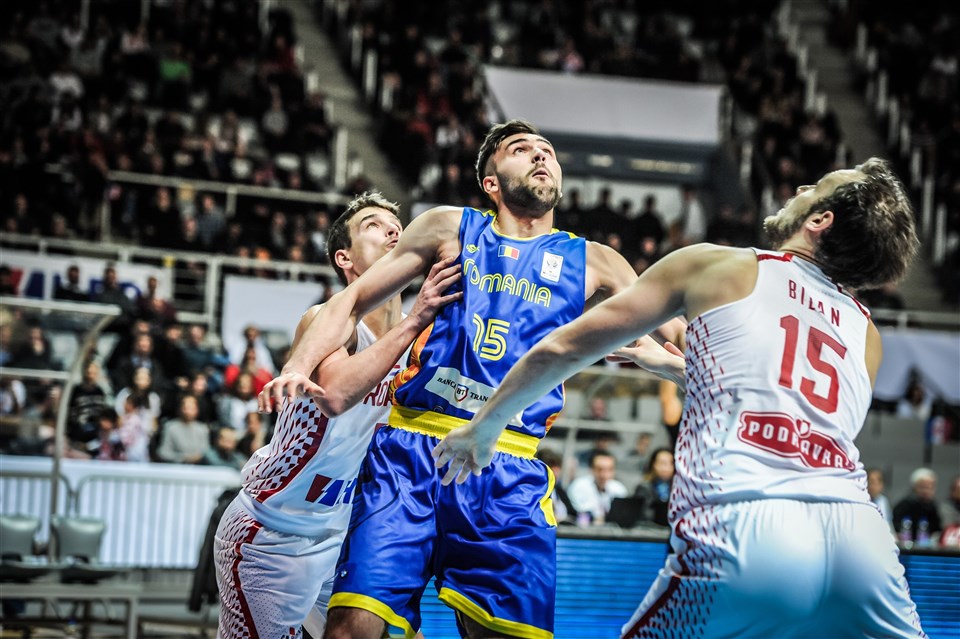 Age: 20 (born July 30, 1997)
Stats: 13.5ppg, 10.2rpg, 2.0bpg in 29.5mpg
Romania have some serious young talent, including 19-year-old Georges Darwiche and the 20-year-old duo Emanuel Cate and Amedeo Casale. Cate had 13 points, 14 rebounds and five blocks in the upset win over Croatia on February 23. Remember that the country also has  21-year-olds Bogdan Nicolescu and Nandor Kuti, good times look to be right around the corner for Romania, who did not progress to the Second Round. 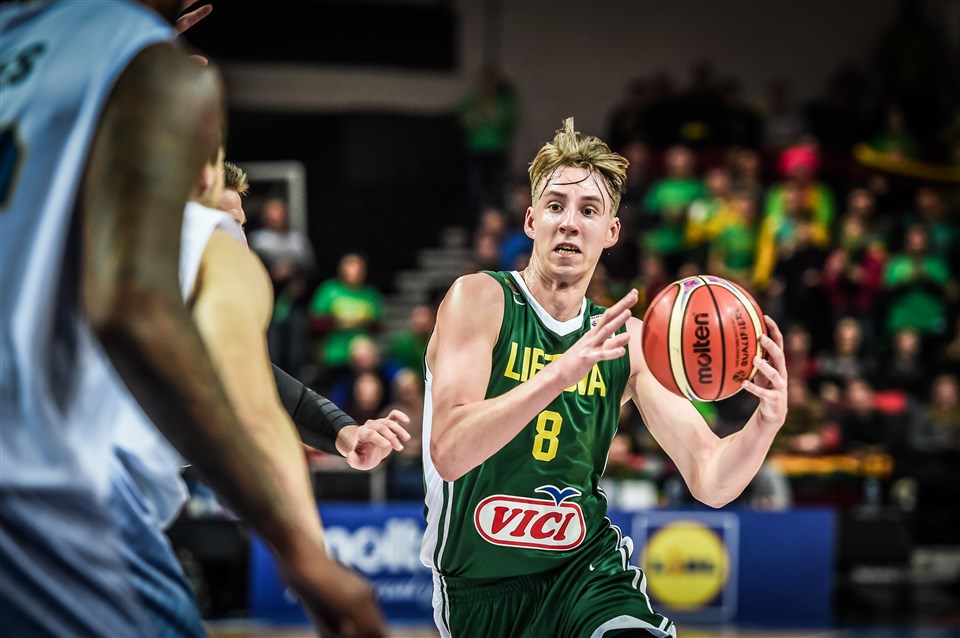 Age: 20 (born January 4, 1998)
Stats: 9.0ppg, 5.0rbg, 2.0apg, 1.5spg in 19.0mpg
Lithuania’s future belongs in the hands of players like the 20-year-old Arnoldas Kulboka, who made one First Round appearance against Kosovo and helped the Baltic side roll to a 106-50 triumph on February 26. Kulboka, selected by the Charlotte Hornets in this summer’s NBA Draft, scored nine points on 3-of-5 3-pointers against Kosovo. 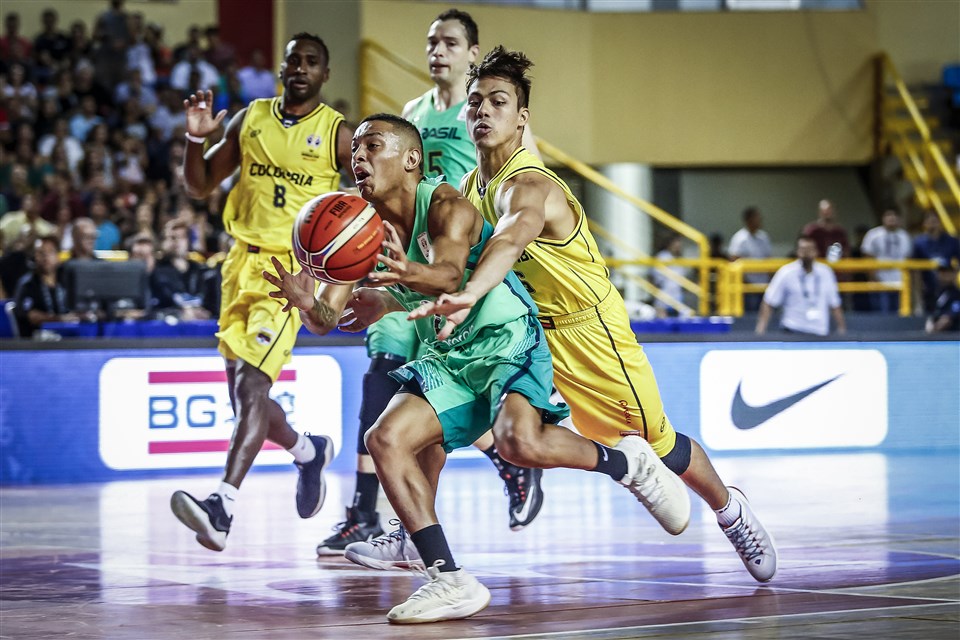 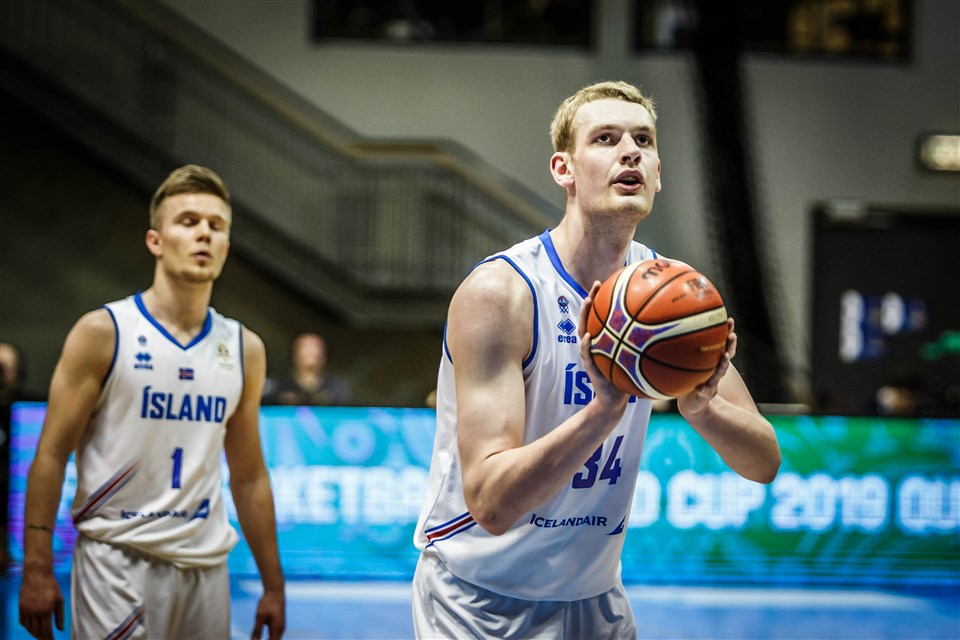 Age: 20 (born October 28, 1997)
Stats: 8.8ppg, 5.8rbg, 4.5bpg, 2.3bpg in 20.3mpg
Remembering that Tryggvi Hlinason is only just cutting his teeth in basketball, never mind the international game, his rise to effective low-post play has been rapid. Credit goes to Iceland and Valencia Basket in Spain, where he has gotten a chance to play in practice and in games against top talent. Though Iceland did not advance to the Second Round, Hlinason is a player that is going to help the national team make headlines for the next decade. 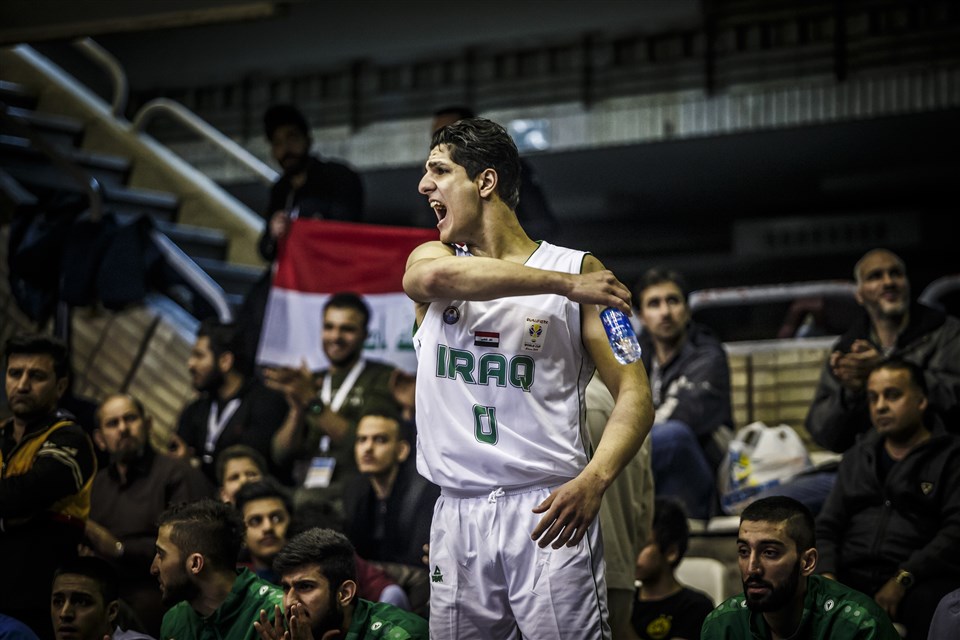 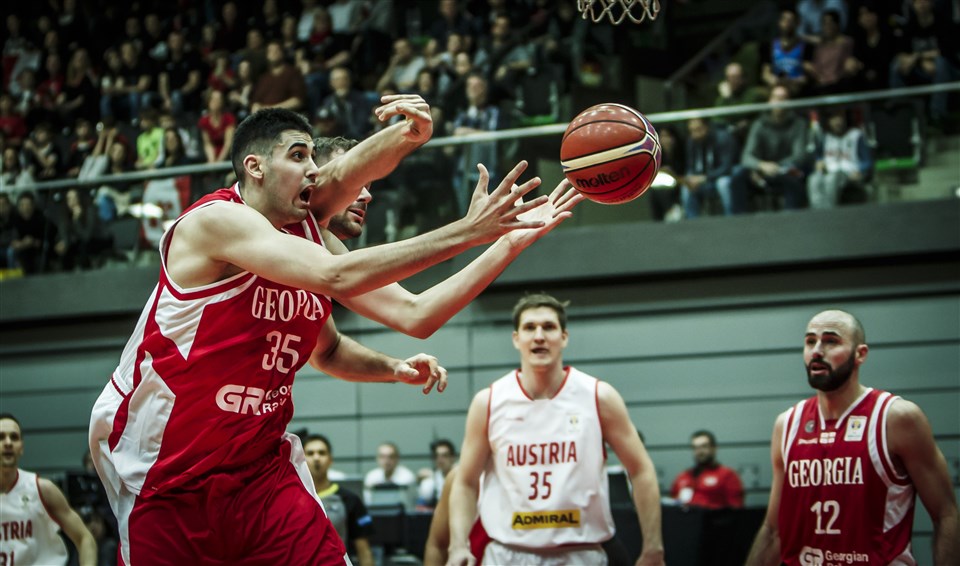 Age: 17 (born March 14, 2001)
Stats: 9.0ppg, 2.0rbg, 1.0spg in 29.0mpg
Put this one down in the “Revelations of the Third Window” department. Mannion, just 17 years of age, was every bit the man for the Azzurri in their games against Croatia and Italy. He showed flashes of excellence on both ends of the floor. Offensively, he stroked 3-pointers but also drove hard, and successfully, to the basket. Italy fell both times to drop to 4-2, but at least they revealed another of their outstanding talents to the world in Mannion. 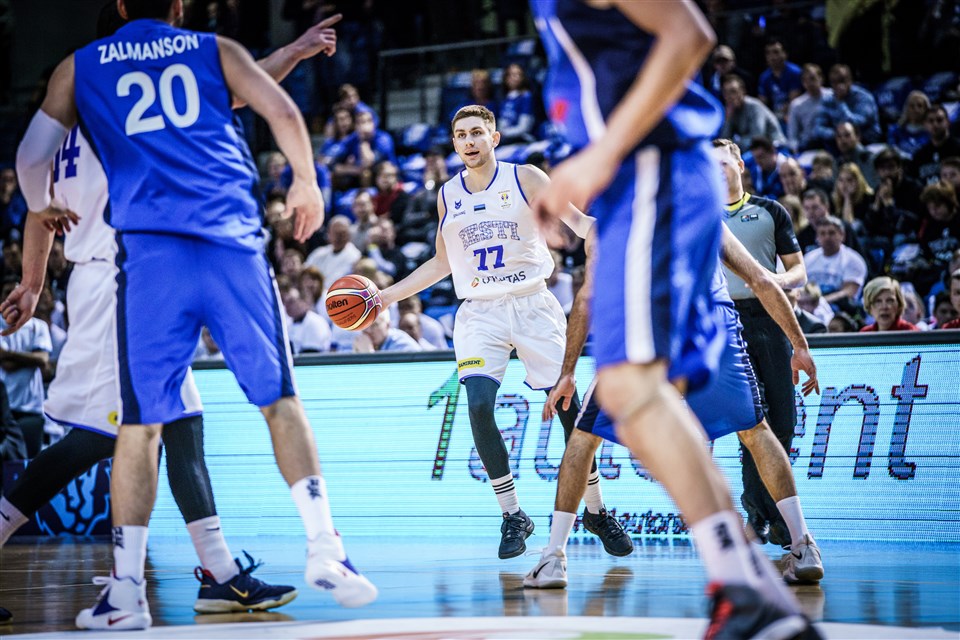 Age: 19 (born May 25, 1999)
Stats: 9.0ppg, 2.3rpg, 2apg in 21.0mpg
Another member of the strong 1999-born generation is Kristian Kullamae, who is not getting the same kind of attention yet has shown a lot of promise. The guard’s father Gert Kullamae played 16 years for the Estonia national team. 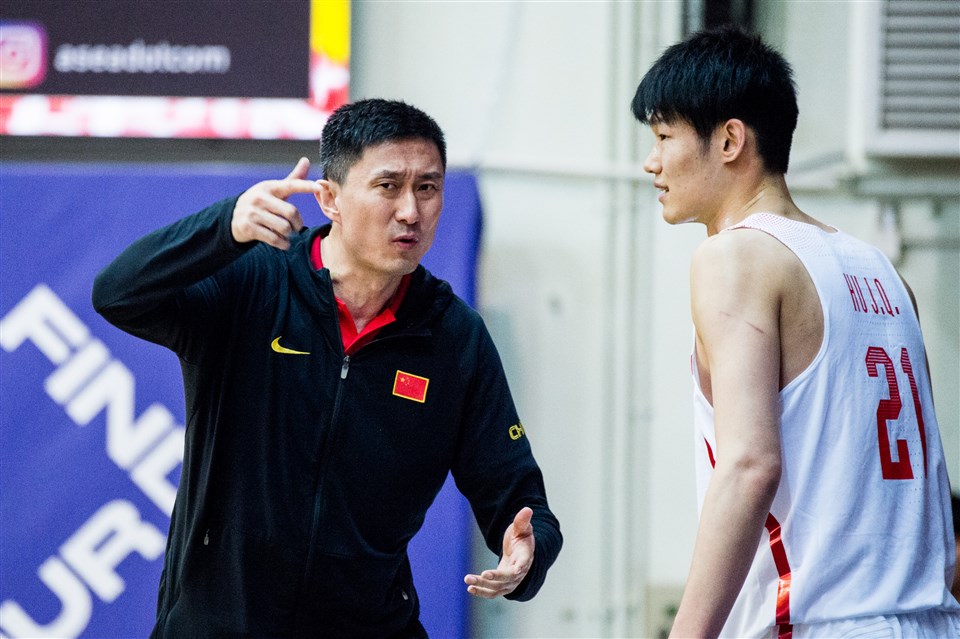 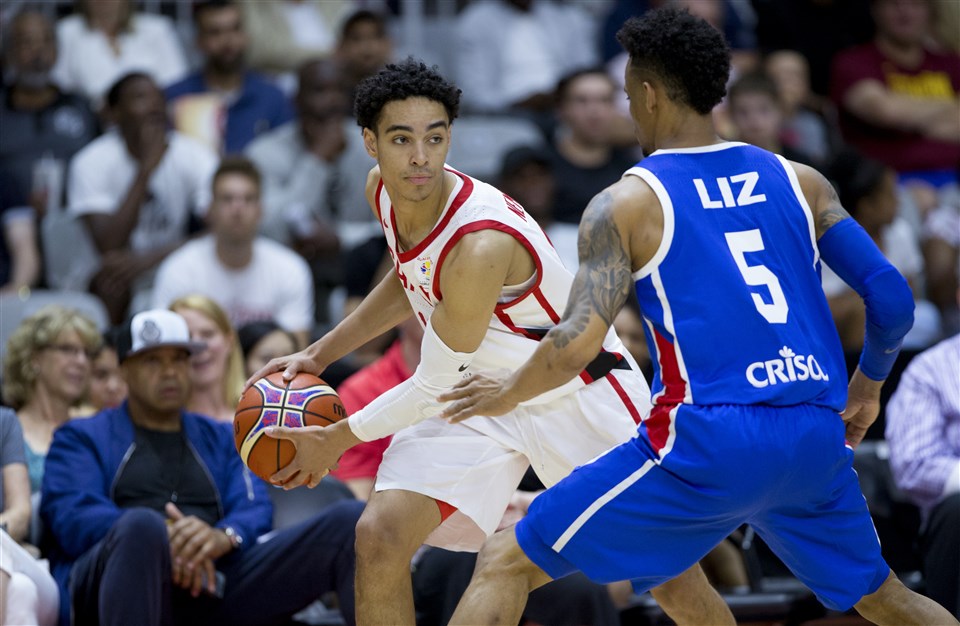 Age: 18 (born January 16, 2000)
Stats: 3.5ppg, 5.0apg, 2.5rpg in 15.2mpg
If you’re good enough, you’re old enough. Point guard Nembhard, just 18, showed he can certainly play with the senior team with his cool head and excellent court vision. It would be hard for any player to stand out when he’s a teammate of a prodigy like Barrett yet Nemhard did. He raised plenty of eyebrows in the wins over the Dominican Republic and the Virgin Islands. 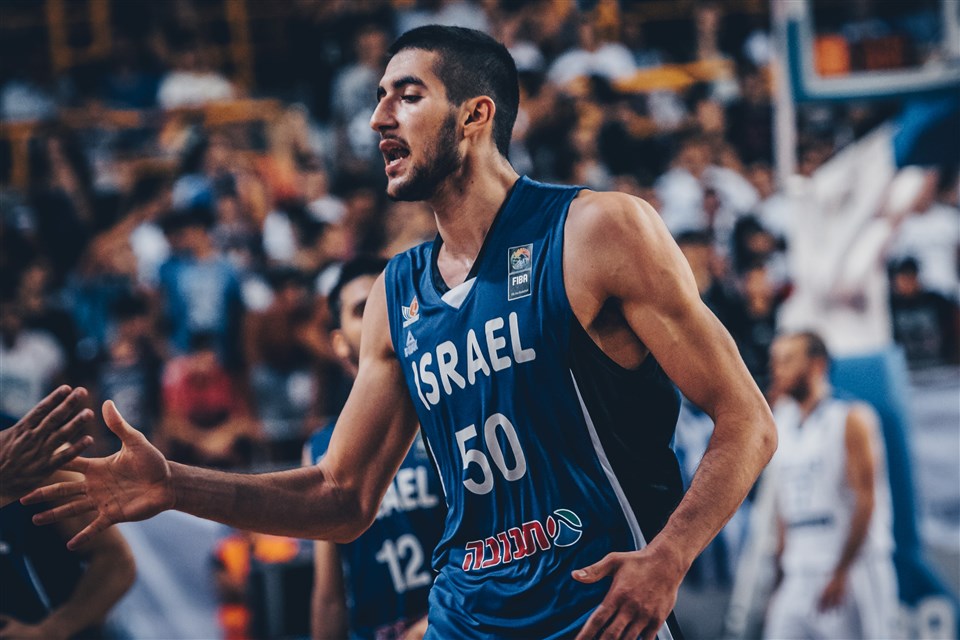 Age: 20 (born May 12, 1998)
Stats: 3.5ppg, 2.5rbg, 1.0apg, 1.0spg in 14.3mpg
Israel are starting to phase in their strong group of youngsters who finished second at the FIBA U20 European Championship 2017. While Tamir Blatt played a big role in the first window, the second window was more about Yovel Zoosman. 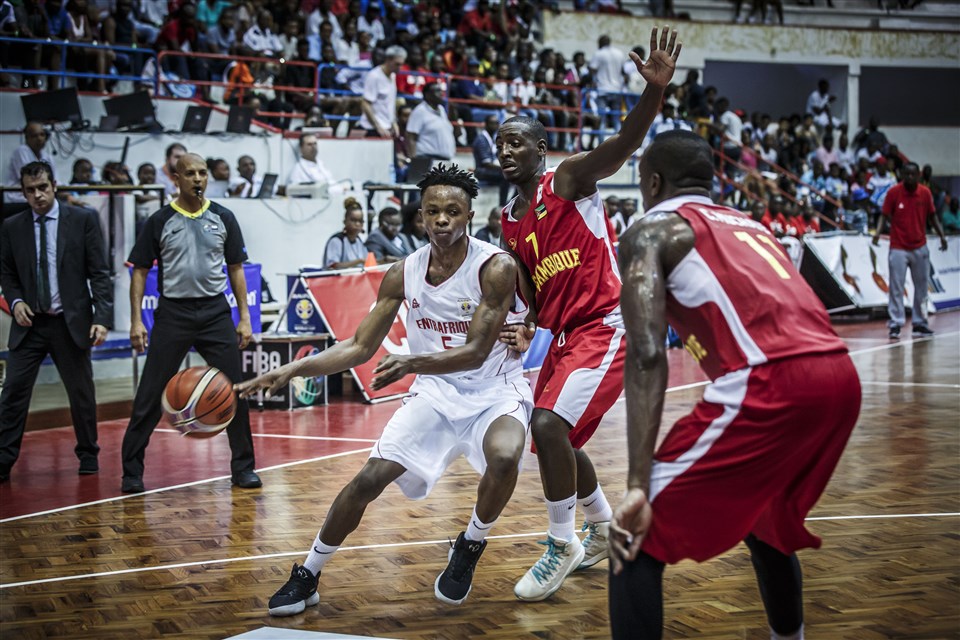 Age: 17 (born May 30, 2001)
Stats: 1.8ppg, 0.8rbg in 0.2mpg
The Central Africa Republic forward, the youngest player in the African Qualifiers after making his debut as a 16-year-old, featured in all six games of the First Round. He oozes with talent, and potential. 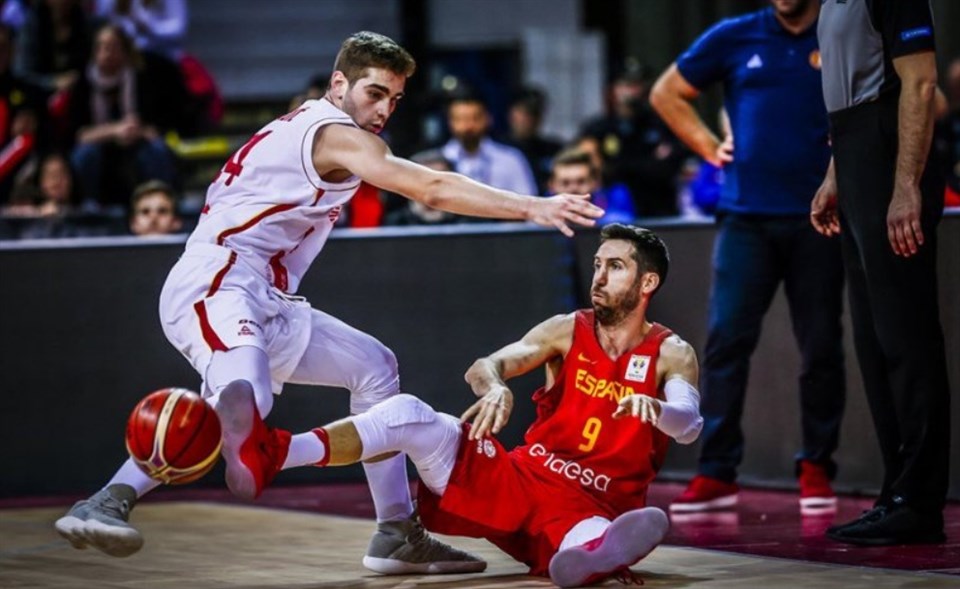 Age: 16 (born September 11, 2001)
Stats: 2.0ppg, 2.0rbg in 18.6mpg
Montenegro are clearly giving their youngsters a major chance to show they can step up their game. Point guard Jovan Kljajic scored two points and collected two rebounds in 19 minutes against Spain in February on his international debut at just 16 years of age. That made Kljajic the youngest player to make his maiden appearance for Montenegro. 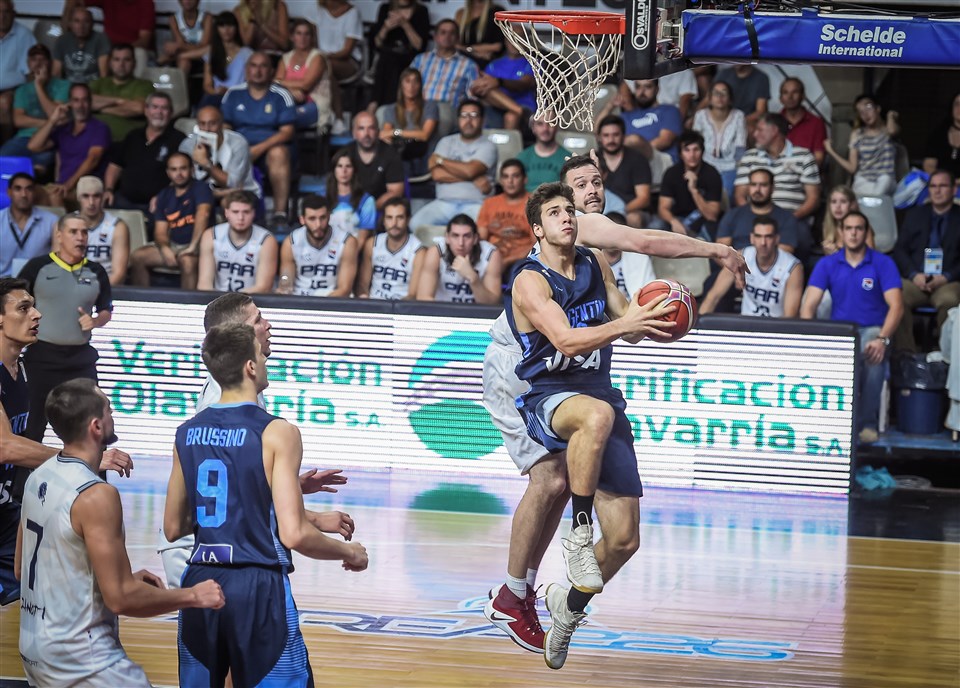 Age: 20 (born November 25, 1997)
Stats: 2.7ppg, 1.5rbg, 0.5spg in 10.3mpg
Argentina are in the process of bringing their young talent into the senior team with Fjellerup, a star in the youth national teams, showing a lot of promise. The shooting guard appeared in all six games in the First Round. 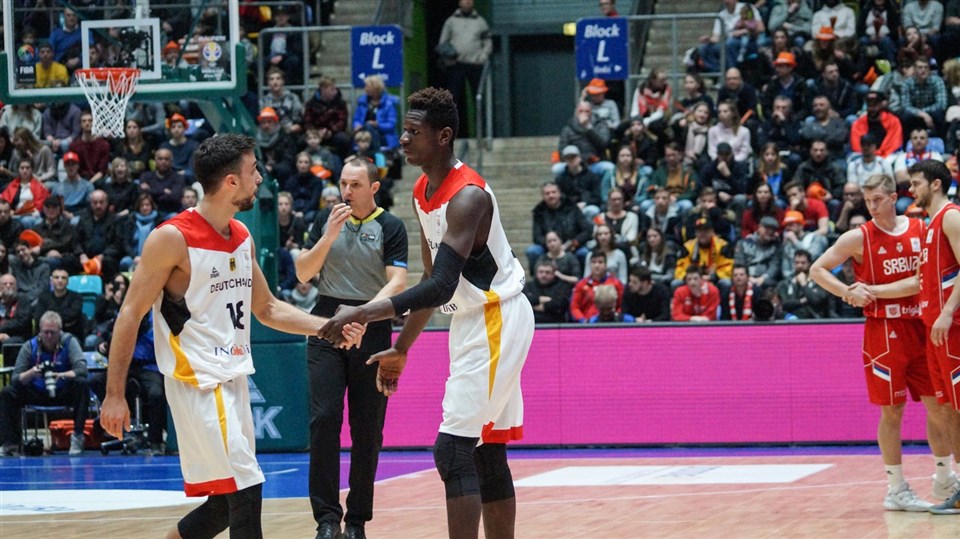 Age: 18 (born November 8, 1999)
Stats: 0.5rbg, 0.5apg in 1.5mpg
Germany have more and more talent coming through the system and while 19-year-old Isaiah Hartenstein has already been drafted (and had 5.5 points, 4.0 rebounds, 2.0 blocks and 1.5 assists in the window), Isaac Bonga is next up as far as top young German talents go. The 18-year-old made his international bow with the senior side against Serbia in the second window to become the youngest debutant in German basketball history. Age: 19 (born August  2, 1998)
Stats: 3.0ppg, 4.0apg in 11.3mpg
The point guard featured at last year’s FIBA Asia Cup for the Tall Blacks and after a year of Ivy League basketball with Dartmouth, he returned to the national team to face Hong Kong in Rotorua. Silky smooth with his dribbling and passing, Letoa figures to be in the setup for a long, long time.