England will be desperate to stick the boot into Australia during the five-match one-day international series over the course of June. The Three Lions were hammered in the Ashes down under, surrendering the urn back to their fierce rivals. However, Eoin Morgans men earned a semblance of revenge in the 50-over format, securing a 4-1 victory, to highlight Englands prowess in ODI cricket.

Since their triumph, Australia has been further weakened by the loss of Steve Smith and David Warner, who will both miss the series this summer due to their suspensions for the ball-tampering scandal. The Aussies will also be without their three key pacemen for the tour as Josh Hazlewood, Pat Cummins and Mitchell Starc have been withdrawn from the squad after suffering injuries. As a result, the tourists bowling attack will be short on quality and experience, especially in English conditions.

The England batsmen will be aiming to cash in during the summer. Given the situation regarding Australias bowlers, it would be a decent strategy to employ looking at the Three Lions batting ranks for the top batsman market in the cricket betting tips and odds. Jonny Bairstow, Joe Root, Alex Hales, Jason Roy, Jos Buttler and Morgan have all established themselves as truly world-class operators in the 50-over format. It is a complete contrast to Englands fortunes in Test cricket where their batting has been poor for a great deal of time, which has seen even their senior players come under fire for their recent performances. 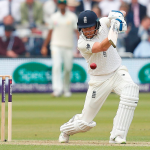 Bairstow needs to kickstart his summer after struggling in Englands Test series against Pakistan. He failed to get going in his three innings, displaying the signs of rust against the red ball. However, the 28-year-olds form in the 50-over format has been nothing short of sensational since his elevation to the opener, breaking up the partnership between Hales and Roy at the top of the order. He fired back-to-back centuries to guide Morgans men to victory over New Zealand, moving into the top 20 in the ICC rankings for ODI batsmen in the process.

The Yorkshireman needs to find his touch in the middle once again. He will have ample opportunities as, without Starc, Hazlewood and Cummins, the Aussies do not have a potent strike bowler. Michael Nesser, Jhye Richardson, Kane Richardson and even Andrew Tye are not blessed with a great deal of experience, especially against openers that will come at them from the off in conditions where its so easy to go astray with line and length.

No team has posted more scores of over 300 than England since the 2015 World Cup. The Three Lions attacking approach has brought them success in the 50-over format, and they will be keen to make a statement against the defending world champions just one year ahead of hosting the World Cup on home soil.  It could be argued that the Baggy Greens are there for the taking with a side low on confidence and experience, but England will need to be at their best with their batsmen leading the way in the middle.