George Fisher reflects on a week of shock wins, exceeding some people’s expectations at Saracens Mavericks and post-match lasagne!

So where did we leave it last week… oh yes I was looking forward to the Mavs game against Bath at the Essex University Arena and I can tell you it didn’t disappoint. It’s great to have the opportunity to be playing in the arena and it was awesome seeing it so packed with fans in fine voice! Got to love the eighth player, it really lifts you up and pushes you on knowing you’ve got so much support behind you.

Every game we feel better connected and I think this is showing in our play. It was a great game and a strong win. Georgia was named Sky Sports Player of the Match and topped it off with birthday lasagne after the game followed by birthday cake for all – we’re lucky to have a couple of talented cake makers in the squad – me not being one of them.

I can’t not mention the biggest upset of the week – Loughborough vs Thunder – what a win! As I’ve already said you can’t underestimate anyone this season in the Superleague as any team can pull it out of the bag! It keeps everyone on their toes and every match is one to watch.

There’s lots of talk about Saracens Mavericks at the moment as we have probably been exceeding some people’s expectations a bit but we’re just sticking in our team bubble knowing that we’ve still got a way to go. We’re a pretty chilled out squad and I think that helps keep us grounded and we’re able to have honest conversations with each other. 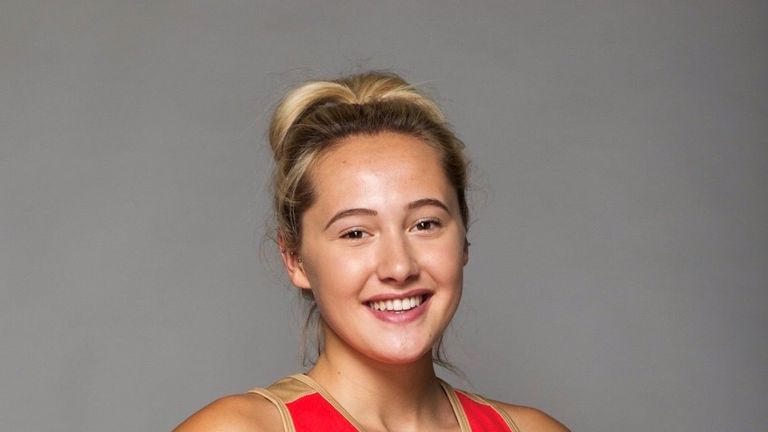 I’m always coming out with random things and not everyone’s on my wavelength but it’s just known as ‘George’s World’ – suits me!

People often ask me how I stay grounded, firstly I don’t think I’d have any reason to not be – I’m just me and anyone who knows me will always say well it’s just George init! My friends and family are constantly throwing banter at me and they know I’m a little princess but not in the way you think. I’m always coming out with random things and not everyone’s on my wavelength but it’s just known as ‘George’s World’ – suits me! Also think it helps to be able to laugh at yourself and that’s something I do a lot!

I’ve been selected as part of the England Universities Netball team so I travelled down to Aldershot with the Southern England squad last Sunday for a practice game against the British Army team. Always great to hook in with the girls and can’t believe that Mel gave me the opportunity to be captain, which I was dead proud of and loved, but I’m never normally given that much responsibility.

I’m hoping the girls liked my attempt at a pre-match talk and my leadership skills. My captain’s toss skills are improved, it was a 50p this time, and I won the first centre pass! We went on to take the win and with the Home nations competition coming up in April it was great to get a practice game in.

It’s been a busy week with extra training sessions in preparation for our home game Monday vs London Pulse. I’m looking forward to this as they’re a new team and it will be great to see how we measure up.

Another first this week- I had the job of being designated driver Saturday night for my Mum and her Eagle’s netball team-mates as I joined them for a celebratory dinner as they are top of Division One in the Welwyn & Hatfield league!

My mum started playing walking netball about three years ago after a knee replacement, some of the ladies ended up forming an actual netball team, entered a local netball league, won their division got promoted into division one and are currently top of the table. They’ve only lost one game in the past two seasons! Dead proud of them – they’re a crazy bunch and I love watching them play when I can. I’ve even been known to be scorer and I’m now an honorary member!

Also massive shout out to my girl Iona D on your engagement! Congrats!

That’s it for this week. I look forward to checking back in next week – hopefully with another win in the bag.

Saracens Mavericks take on London Pulse at home before travelling to Severn Stars and its live on Sky Sports Action & Sky Sports Mix from 6.45pm on Monday, March 4. Also, Sky Sports will be showing every game of the 2019 Vitality Netball World Cup in July.