England winger Ryan Hall has set himself the task of ensuring Leeds’ survival in Super League before he leaves for Australia.

The 30-year-old will end a 12-year career with his hometown club at the end of the season after signing a two-year contract with NRL club Sydney Roosters.

Hall is hoping to bow out with a third Challenge Cup winners’ medal – they face Warrington in the semi-finals on April 5 – but his priority is to help them avoid relegation to the Championship after a bottom-four finish condemned them to the Qualifiers.

Leeds’ fate was confirmed over the weekend when Huddersfield, Catalans Dragons and Wakefield all posted crucial victories to ensure their top-eight places and came as no shock to Hall.

“You want to be in control of your own destiny and we haven’t been good enough to get that control,” he said.

“It’s something we’ve got to live with and I’ve to make sure the Rhinos are in good shape for when I leave.

“I want to leave them with their Super League status and obviously there is still a bit of silverware on offer.”

Hall insists the reigning champions’ fall from grace in 2018 played no part in his decision to leave and concedes it was now or never if he was to realise his dream of playing in the NRL.

“I’ve always wanted to have a try and it was my first opportunity, coming out of contract,” he said. 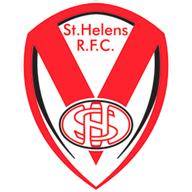 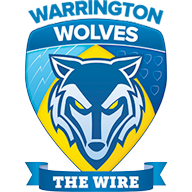 “Obviously I’m not just going for a holiday – like some people might say – because I’m getting on a little bit, I’m really going to try and achieve something over there.”

Hall, England’s most prolific scorer of all time with 35 tries in 38 Tests, says he had the pick of several NRL clubs but insists a move to rugby union was never an option.

“I love it when people make up stuff,” he said.

Meanwhile, another out-of-contract player, centre Jimmy Keinhorst, confirmed he has also sorted out his future for 2019 but declined to reveal his destination.

Keinhorst made his comeback from injury in the Rhinos’ 34-0 win over Widnes last Friday.