Eddie Jones admits England are struggling to end their losing run but insists he has been in difficult situations before.

England lost 23-12 to South Africa on Saturday, their fifth Test result in a row and one that saw them go 2-0 down in the three-match series.

That poor run has led to discussions about whether he and his coaching staff should remain in charge but after receiving the backing of the RFU, the Australian insists the time for talking has stopped as he and his team focus their attentions on eradicating the mistakes and ill-discipline that have dogged their side.

“I don’t need any dialogue with the RFU,” Jones told Sky Sports News. “All I need to do is my job and I do my job as well as I can every day.

“I love the team. I love coaching the team. I’m excited about where we’re going to go.

Jones: England must get pride back

Eddie Jones has called on England to show pride in their next performance after describing the second Test defeat to South Africa as something “like a horror movie”.

“I realise this is a tough time and that our fans and supporters will be disappointed, but all I can assure you is we’re doing everything we can, every minute of the day, to turn this team around. 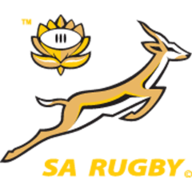 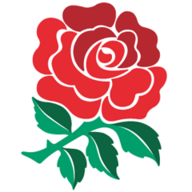 “Every team I’ve been in that’s been successful, we’ve had a difficult run like this. Sometimes you need these periods to learn from, to cement those errors as things you don’t want to do again. We’re getting some hard lessons at the moment.”

Jones believes poor decisions at key moments have cost England dear but he feels his young team will learn from their mistakes.

“We’ve lacked some discipline,” he added. “I think the penalty count is 30-14 for the tour so far and we haven’t taken opportunities.

“We’ve missed two or three clear try-scoring opportunities and we just lack a bit of emotional control in the side, which is a hallmark of a young team.”

Watch the third and final Test between South Africa and England on Saturday. Coverage begins on Sky Sports Action and Sky Sports Main Event at 3pm.