Kane: We've got nothing to lose

Harry Kane says England’s struggles at recent World Cups and European Championships should give the current crop a certain degree of freedom.

Kane will captain his country in Russia and while England are not favourites, the Tottenham striker sees no reason why they cannot challenge.

“We’ve had some extremely good teams in the recent past and it’s obviously not gone well in the major tournaments,” he said.

“We haven’t won a major tournament for the last 50 years so no matter how good our teams have been, we haven’t been good enough. 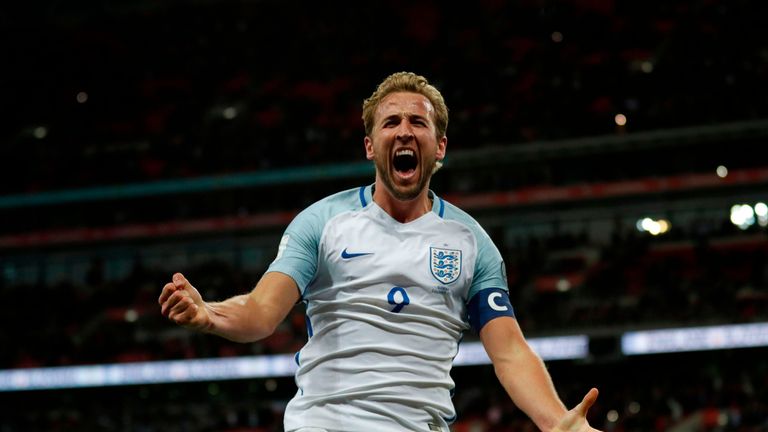 When you play in these major tournaments, you can’t afford to be at 75 per cent, you need to be 110 per cent every game.

“From our point of view, we’ve kind of got nothing to lose so we’ve just got to go there and be free, just enjoy it.

“It’s an amazing experience – I’m sure we’re going to look back on it when we’re retired and remember every part of it, so why not just give it everything we’ve got?”

Who will be going to Russia this summer? Here are all the squad lists that we know so far…

Kane spoke of fostering a bullish attitude within the group and pointed to Manchester United’s dominance in the 1990s as an example that having a youthful squad is no excuse for coming up short.

He said: “We know we’re not favourites to win it but you look at this season for example, nobody would have thought Liverpool would have got to the Champions League final and they did.

“You look at Man United, in the Sir Alex Ferguson days, when they had a young team and dominated the Premier League for years to come.

“It’s not really an excuse that we’re young, it could be a good thing. I believe we can win it and that’s what we’re trying to do. Anything else is not good enough.”

Kane was part of the England squad that exited Euro 2016 after a shock last-16 defeat to Iceland.

Asked what those involved have learned, Kane was direct in his reply.

“We just need to play better,” said. “We didn’t play well enough against Iceland and we got punished for it.

“When you play in these major tournaments, you can’t afford to be at 75 per cent, you need to be 110 per cent every game.

“We’ve looked a lot at the recovery side of it, away from the pitch and how we can keep ourselves fresh, so we’re doing everything we can.

“It comes down to producing on the pitch and the big moments, so we’ve got the players to do that.”

Kane has scored 12 goals in 23 England appearances and doesn’t believe the added pressure of the captaincy will affect his ability to find the net.

“Since I’ve had the armband for England I’ve scored a few goals and I’m hoping that continues,” he said.

“It’s a massive thing and I’m extremely proud to wear the armband but I still have to do my job, which is to work hard for the team first and foremost and then try and score. So far it has worked well.”