“I think it’s probably one of the best decisions I’ve made, not to play.”

Andy Murray has described his decision to miss Wimbledon as one of the “best” he has ever made.

The two-time champion pulled out on the eve of the tournament after deciding he was not quite ready to play best-of-five-set tennis following almost a year sidelined by hip problems.

Murray is now in training on the hard courts in preparation for what he expects to be his next tournament in Washington at the end of the month.

He made his first visit to the All England Club on Tuesday as a studio guest for the BBC and said of seeing the tournament going on without him for the first time since 2007: “I thought it was going to be worse. 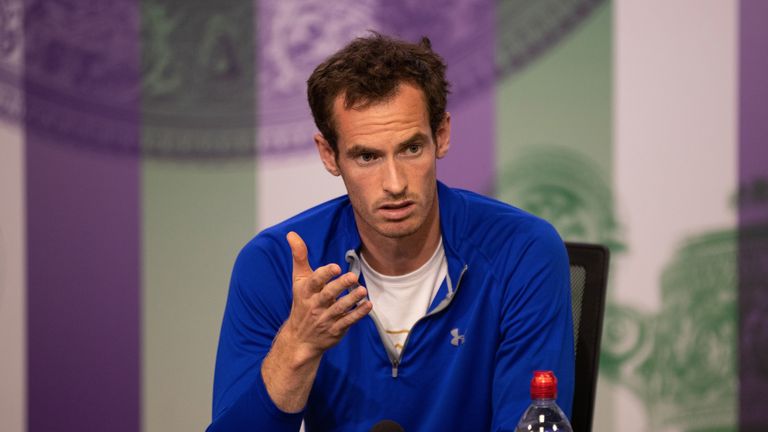 This year I was feeling a bit better but I didn’t want to go into the event and potentially play four or five matches and do any damage again. I just wanted to make a smart decision.

“I think it’s probably one of the best decisions I’ve made, not to play. It was a really, really difficult decision for me but last year I came in when my hip was bad and got through to the quarters and I haven’t played since then pretty much, and missed a whole year because of that.

“This year I was feeling a bit better but I didn’t want to go into the event and potentially play four or five matches and do any damage again. I just wanted to make a smart decision.

“I was really close. I was here practising playing sets on Saturday and obviously I was desperate to play, and that’s why I think it was such a good decision because the emotions start to take over and you think maybe I could get through a few matches and then you never know.

“But in reality, when I thought about it long and hard, I was very unlikely to win the event and the smart thing to do was stay at home.”

Are we heading for a Roger v Rafa final?

Are eight-time champion Roger Federer and world No 1 Rafael Nadal heading for a collision course at Wimbledon? Raz Mirza asks the question to host of tennis legends.

As well as the Citi Open in Washington, Murray has also taken a wild card into the Rogers Cup in Toronto the following week and will hope to make his Grand Slam return at the US Open starting on August 27.

“As soon as I got on the hard courts on Monday I felt better because of that stability of the surface,” added Murray, who won the competition in 2013 and 2016.

“When you’re coming back from an injury like a hip on an unstable surface where you’re worried about pretty much every step that you take, as soon as I got on the hard courts I felt a lot more comfortable.

“Hopefully that will help my movement and therefore free up my hip a little bit. Obviously the impact on the hard courts is a bit greater than it is on the grass but I feel like it’s going to be positive for me.”

We have Wimbledon covered from all angles via our website skysports.com/tennis then click through to our dedicated section skysports.com/tennis/wimbledon. On the move? Head to our app for mobile devices and iPad, or follow our Twitter account @SkySportsTennis to join in the conversation.

We will have news, previews, live blogs, reports and expert analysis from Wimbledon. On the move? Head to our app for mobile devices and iPad, or follow our Twitter account @SkySportsTennis to join in the conversation.

Our next tennis action comes from the German Open in Hamburg. Watch the action live on Sky Sports Arena from Monday, July 23 from 10am.

Never miss the big kick-off or have to deal with interrupted games or low-quality streams with a NOW TV Sky Sports Pass this summer. You’ll get exclusive coverage of the 147th Open from Carnoustie, The Ryder Cup, ATP Tour, World Darts Matchplay, and loads more starting from just £7.99. No contract.