O’Neill’s side take on the Republic of Ireland in Dublin on Thursday live on Sky Sports before hosting Austria in a UEFA nations League clash on Sunday.

Northern Ireland are on the brink of relegation and need Bosnia to beat Austria on Thursday but O’Neill is looking for his own team to start getting wins on the board.

Speaking to Sky Sports News he said: “Our performances have been really good to be honest. In the four games we’ve played, friendlies and Nations League games, we’ve played well.

“We’ve been a little bit unfortunate with the results that we’ve had particularly in the two Bosnia games we’ve taken nothing when we should have taken something from both games, so it’s just a case of that again and hopefully as I say better results.

“Depending what happens in Vienna between Austria and Bosnia we know whether we have anything to play for on Sunday but it is important we use the two games to give experience to the younger players we’ve brought into the squad looking ahead to March.

It’s a view echoed by Northern Ireland captain Steven Davis who told Sky Sports News that the team need results to boost momentum before the European Championship qualifiers get under way in the spring.

“I think it’s a game the fans will be looking forward to, they want the bragging rights,” he said. “So it’s game that we want to come down here and put on a good show and obviously get the right result, I think that’s the most important thing for us. 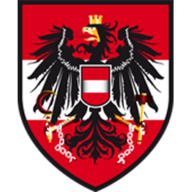 “In previous games the performance levels have been good without getting the results to back that up so certainly in the last two games we have before we go into the qualifiers in March it is important to get back to winning ways.

“It is important because of the confidence and the belief that it gives you.

“Going into games I always speak about momentum in football and it’s massive.

“We want to come out of not only this game but also the game against Austria on Sunday with a positive result to lead us into March.”