“Justin Langer has said Australia will carry on sledging, it’s something that goes on with every country. Every side has ways of getting under the batsmen’s skin, it’s part and parcel of the game.”

The game against Scotland obviously wasn’t our best performance with bat or ball – we lost – but these things can happen. That is part of sport, especially the sport we’re in.

Yes, it is a bit of a wake-up call and we know that coming up against Australia we’ve got to be better in all aspects of the game.

Everyone knows that this is a different Australia side to the one be faced in the winter but there are still a few of the same players and regardless of the opposition, we always have to concentrate on our own skills first.

After that you can go through the opposition team, batsmen, bowlers or whoever it is and make plans. That’s how it works.

We played well out in Australia and did well but that’s in the past now, that’s gone and we’re looking forward to this series. We’ve got to take every game as it comes, they’ll all be tough games and we’ve got to be prepared for that. 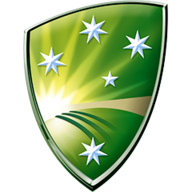 I’m sure the crowds will be up for it as well after everything that has gone on with the ball-tampering scandal but that is what it’s like whenever Australia play England.

Whether it’s in Australia or England, you get big crowds coming in to watch some entertaining cricket with two good teams going head to head. We’ll have the crowd behind us this time and that is something you’ve got to enjoy.

I saw Justin Langer has said that Australia will carry on sledging but, to be honest, it is something that goes on with every country. Every side has their own ways of getting under the batsmen’s skin, it’s just part and parcel of the game.

They might give it, we might give it but as long as it is in keeping with the spirit of the game, that’s fine.

The World Cup is just less than a year away and as well as things have gone over the past couple of years, there is always room for improvement, in every game and every aspect of the game.

Just look at the game against Scotland, we didn’t win and we didn’t play well enough. The World Cup is still a long way off and anything can happen before then, there is a lot of cricket to be played. Yes, it’s a good goal to work towards but all the way you still have to take it a game at a time.

When you get a bit closer to the World Cup you can have a look at things and maybe reassess where you are but for the time being our focus is purely on what is in front of us, which is the Australia series, and everyone is up for that.

It has been four months since I made the decision to focus solely on white-ball cricket, it is early days but, personally, I think it has gone OK so far. It is a decision I made and one I have to live, I don’t have any regrets.

I’m happy with what I’m doing at the moment and whatever the outcome is down the line, good or not so good, it is what it is. But as long as I give 100 per cent, my mindset is right and I know I’ve made the right decision with no regrets then I’m happy with that.

Of course, it gives me a chance to play in tournaments all around the world but a lot depends on my involvement with England, if you have international duties then you can’t go to as many tournaments.

But if there is a gap between international fixtures then you can put your name forward and hopefully get picked up.

Watch the first ODI between England and Australia, at the Oval, live from 12.30pm on Wednesday on Sky Sports Cricket and Sky Sports Main Event.