Dillian Whyte is expecting a tough fight against Joseph Parker on Saturday night and admits he is still learning his trade.

Whyte takes on Parker at The O2, live on Sky Sports Box Office, looking to add another scalp to his tally after his defeat of Lucas Browne in March left him with 23 victories in the professional ranks.

The 30-year-old may be four years older than Parker, but he concedes he still has a lot to learn in the fight game.

Click here to book the summer sizzler between Whyte and Parker, with Taylor, Chisora, Buatsi, Benn and more on the undercard.

“I haven’t had a long professional career or a long amateur career, so I am still learning and picking up bits and pieces every day.

“He’s a young guy but he’s got about three times the experience I’ve got, so it’s tough.” 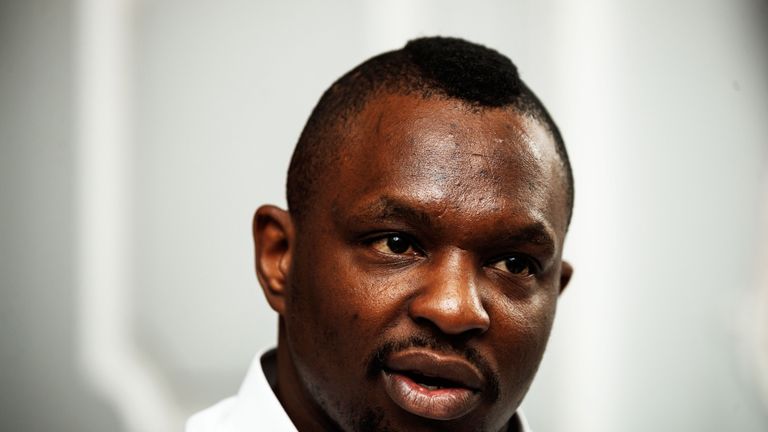 I think it will be a good fight because it feels he’s got something to prove. He feels he’s faster than me and is a better boxer than me, so hopefully he will come and fight me.

Part of the learning experience is accepting that not every bout can end in a headline-grabbing knockout and Whyte is confident he can come out on top on Saturday, regardless of what boxing style Parker adopts on the night.

“He’s got speed and good boxing skills but I know what I am capable of and how hard I train,” added Whyte. “Whatever he brings, it is up to me to break it down and do what I’ve got to do.

Not a Sky subscriber?

You can still book and watch summer sizzler between Whyte and Parker and the packed undercards by going to skysports.com/boxofficelive

“I want to knock people out but as I get older, I realise it’s all about getting the W [win]. Some guys won’t come and engage enough for you to knock them out.

“I think it will be a good fight because it feels he’s got something to prove. It feels he’s faster than me and is a better boxer than me, so hopefully he will come and fight me and not be negative and start running around the ring.

“He might believe that’s his key to victory, so let’s see what happens.”