The 2026 World Cup will be the 23rd edition of the tournament, and will be the first ever edition to include 48 teams. FIFA is set to announce the host winners of the 2026 bid on June 13.

The competition will be expanded from the 2022 World Cup which will include 32 teams, and is the third official expansion of the tournament. In 1982, it expanded from 16 teams to 24, and then added another eight teams for the 1998 World Cup in France.

In October 2016, FIFA looked at four different options of expanding the World Cup, including three proposals of a 40-team tournament and one with 48 teams. They announced their decision in January 2017, confirming that there would be 48 teams in the World Cup starting with the 2026 edition.

Goal brings you all the information about World Cup 2026 that is known so far.

The 2022 World Cup in Qatar is set to be a winter tournament due to the heat during the months of June and July when the competition is usually held.

In 2026, it is likely to return to its usual position in the summer months following the end of the regular seasons in the majority of the European leagues. If it follows this path, World Cup 2026 will likely start in the middle of June and finish in the middle of July.

Due to the fact that it will be 50 per cent bigger than previous tournaments, the competition could take longer or else more games will be played each day to accommodate for the extra teams and additional fixtures.

In 2017, FIFA decided that the host nation of the World Cup would be rotated between the continents to ensure that each governing body would be given the right to host the tournament in turn.

Two official bids have been made for the competition, with Morocco hoping to be the first north African host while CONCACAF has put forward a joint bid between USA, Mexico and Canada.

One of the requirements for a bid is the use of a modern stadium with a capacity of at least 80,000 supporters to host the World Cup final. Morocco’s bid proposes the construction of a new stadium in the nation’s capital, the Grande Stade de Casablanca, which could seat up to 120,000 fans.

New stadiums are also proposed in Oujda and Al Hoceima, while the 40,410-capacity Grand Stade de Tetouan is currently under construction. In October 2016, FIFA president Gianni Infantino praised Morocco’s bid claiming that the country is “capable, in terms of infrastructure and organisation, of hosting a World Cup.”

The CONCACAF bid would see the tournament held in three countries for the first time ever. The only other time it has been held in multiple countries was in 2002 when Japan and South Korea shared responsibilities. However, the vast majority of games would be held in the United States, with Mexico and Canada having just 10 each of the 80 matches total.

In October 2017, the bid committee had narrow down the list of possible venues in North America to 35 stadiums in 32 cities, and this was then reduced further in March 2018 with the bid committee choosing 23 cities available for hosting duties. This will be cut to 16 cities if the CONCACAF bid is successful.

Numerous stadiums in the initial bid have a capacity of over 80,000 for hosting the opening game and final including MetLife Stadium in New York, the future Los Angeles Stadium at Hollywood Park in California, as well as stadiums in Dallas, Texas and Washington DC.

Infantino has also praised the North American bid, praising the unity involved in the application: “to have Canada, US and Mexico coming together for a joint project, already this is a positive message.”

When will the draw be made? 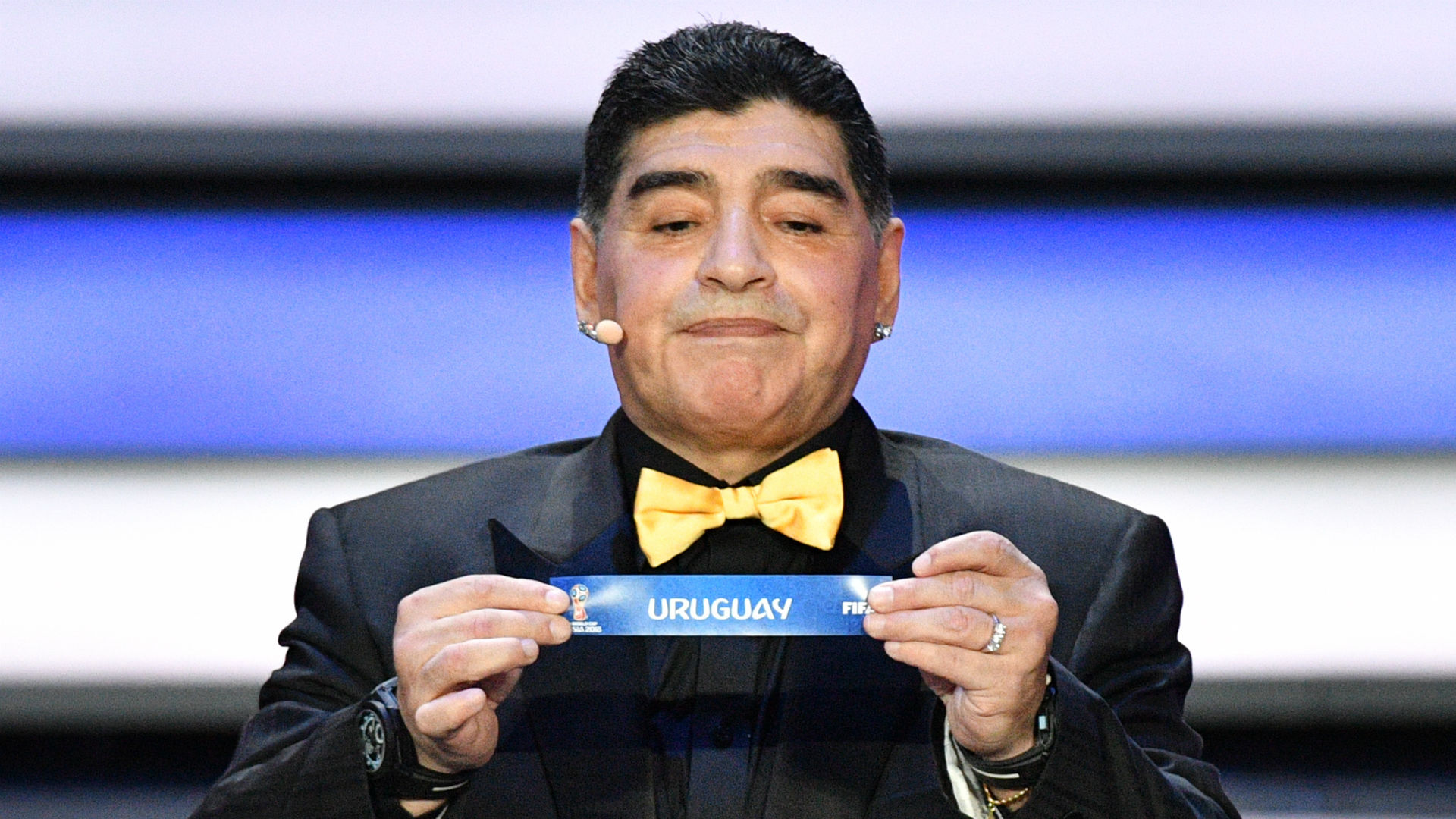 The draw for the 2026 World Cup will likely be made in December 2025 once the qualifying campaign is completed for all the confederations.

The expansion of the World Cup to 48 teams will ensure that each continent is represented at the tournament, with each confederation getting an increase in the number of qualifying teams.

This means that Oceania (OFC) will have one guaranteed place at the World Cup, having previously seen its best team forced to enter a play-off with another confederation to qualify.

When does qualification start? 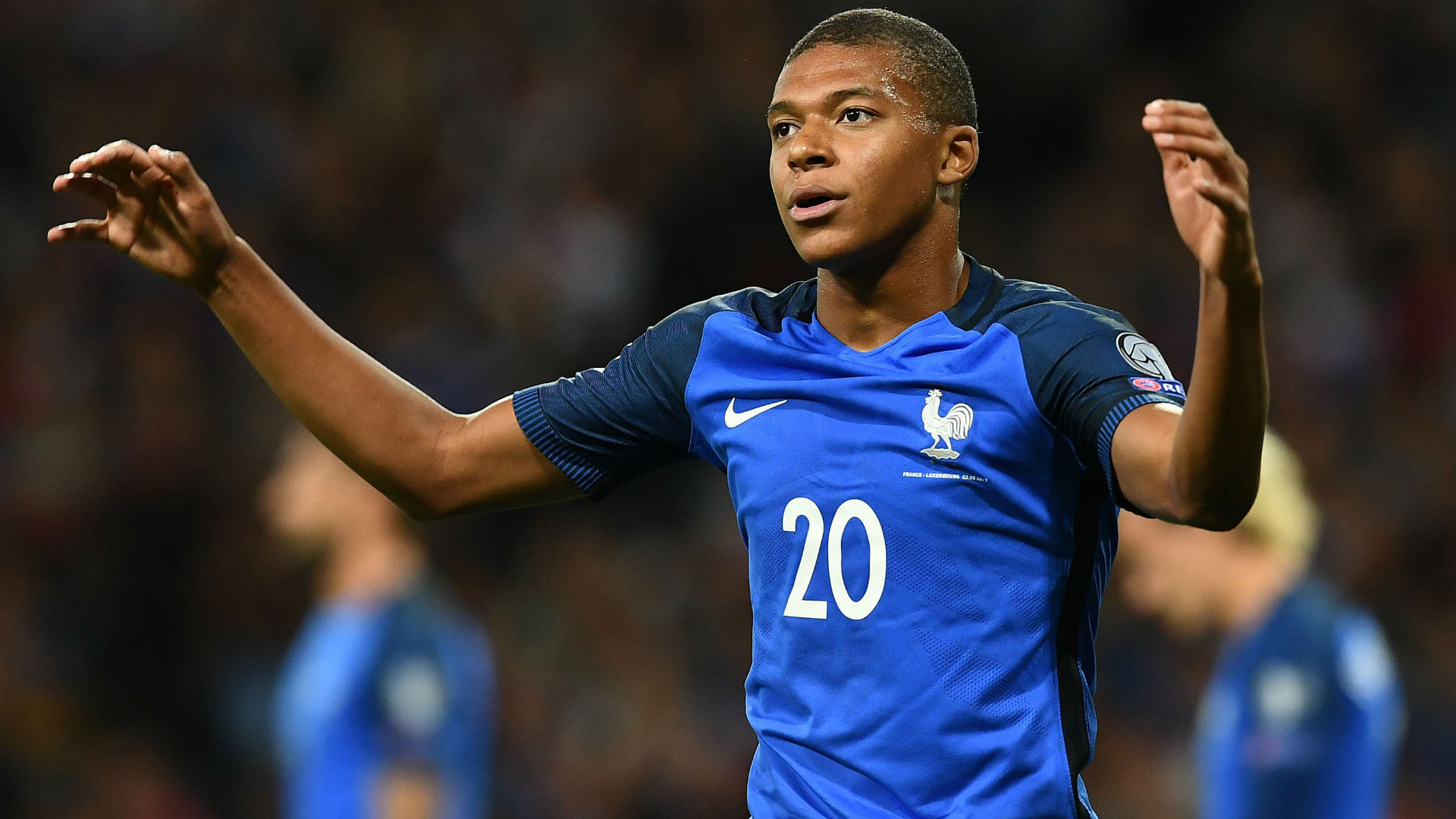 The qualifying process will be altered by many confederations for the 2026 World Cup due to the increased number of teams that progress from each continent. This may result in a change of when the first round of qualifiers take place compared to previous tournaments.

The qualification campaign proper will finish in October 2025, by which time 46 teams will have sealed their place in the final tournament.

Two places will be decided via a play-off system which will contain a team from each confederation. The play-offs are due to take place in November 2025.

What is the competition format?

The 2026 World Cup will have 48 teams in the group stages, consisting of 16 groups of three teams. In total there will be 80 games from the group stage through to the final. The groups will be labelled alphabetically from Group A to Group P.

Two teams will advance from each group meaning 32 teams progress to the knockout stage. These teams will face off in the usual format with the winners of one group facing the runners-up of another. They will then progress to the round of 16 and onwards to the quarter-finals, semi-finals and final.

As in the current 32-team tournament format, teams from the same group will be kept apart until the final to ensure that there is variety in each match until the last four stage.

When do tickets go on sale? 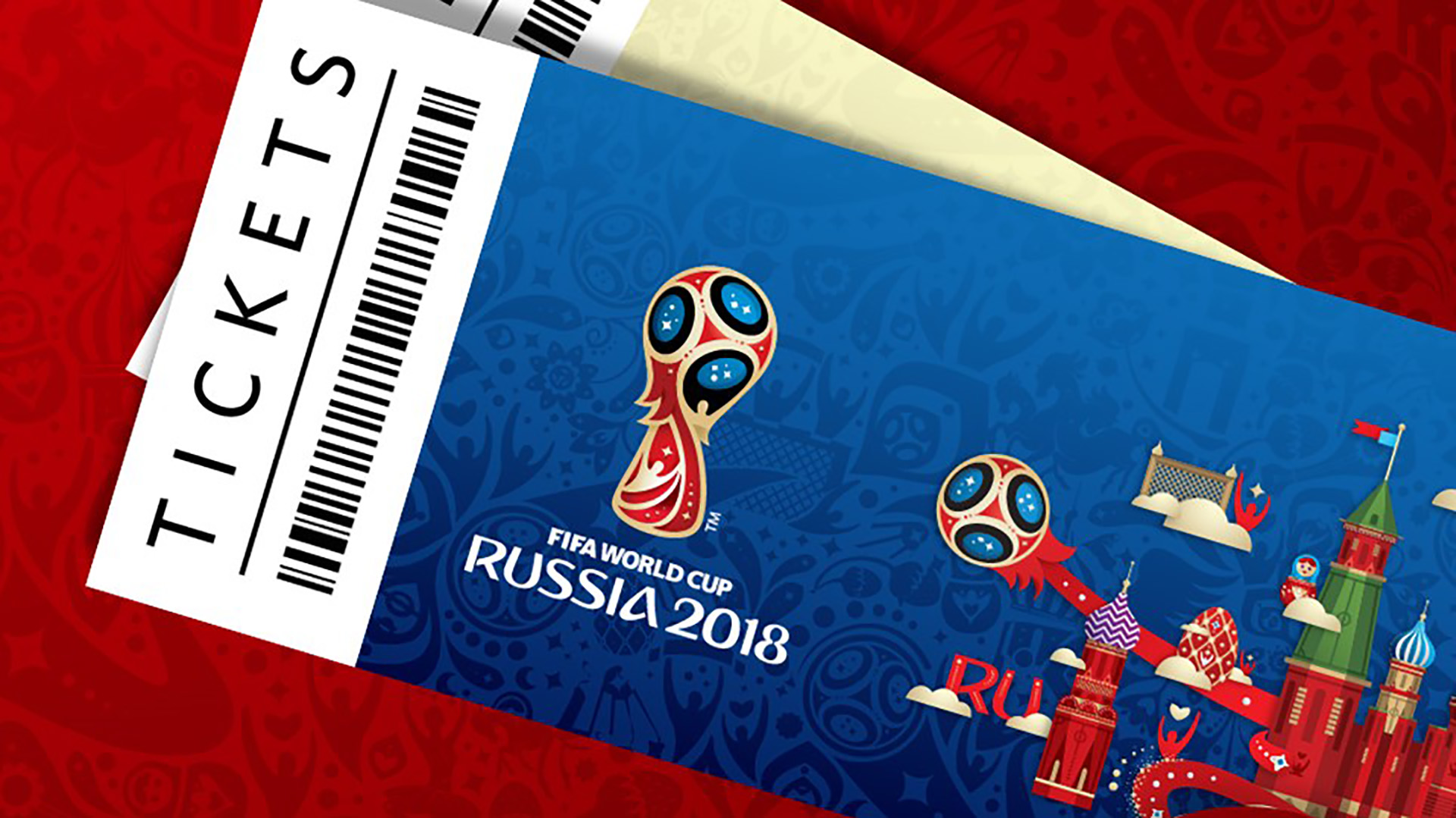 You’ll be waiting a long while for these yet. World Cup finals tickets are sold exclusively through FIFA these days and tend to go on sale less than a year before the tournament.

In the United Kingdom, broadcasting rights are once again shared between BBC and ITV as they have been for previous World Cups.

Due to the fact the 2022 World Cup was moved to the winter and thus impacted on FIFA’s television deal with Fox, they were automatically awarded the rights to the 2026 World Cup in the United States. They will broadcast the games in English while Telemundo will deliver them to Spanish-speaking audiences.

In 2015, it was announced that CTV, TSN and RDS would continue to broadcast the World Cup in Canada up to and including the 2026 tournament, 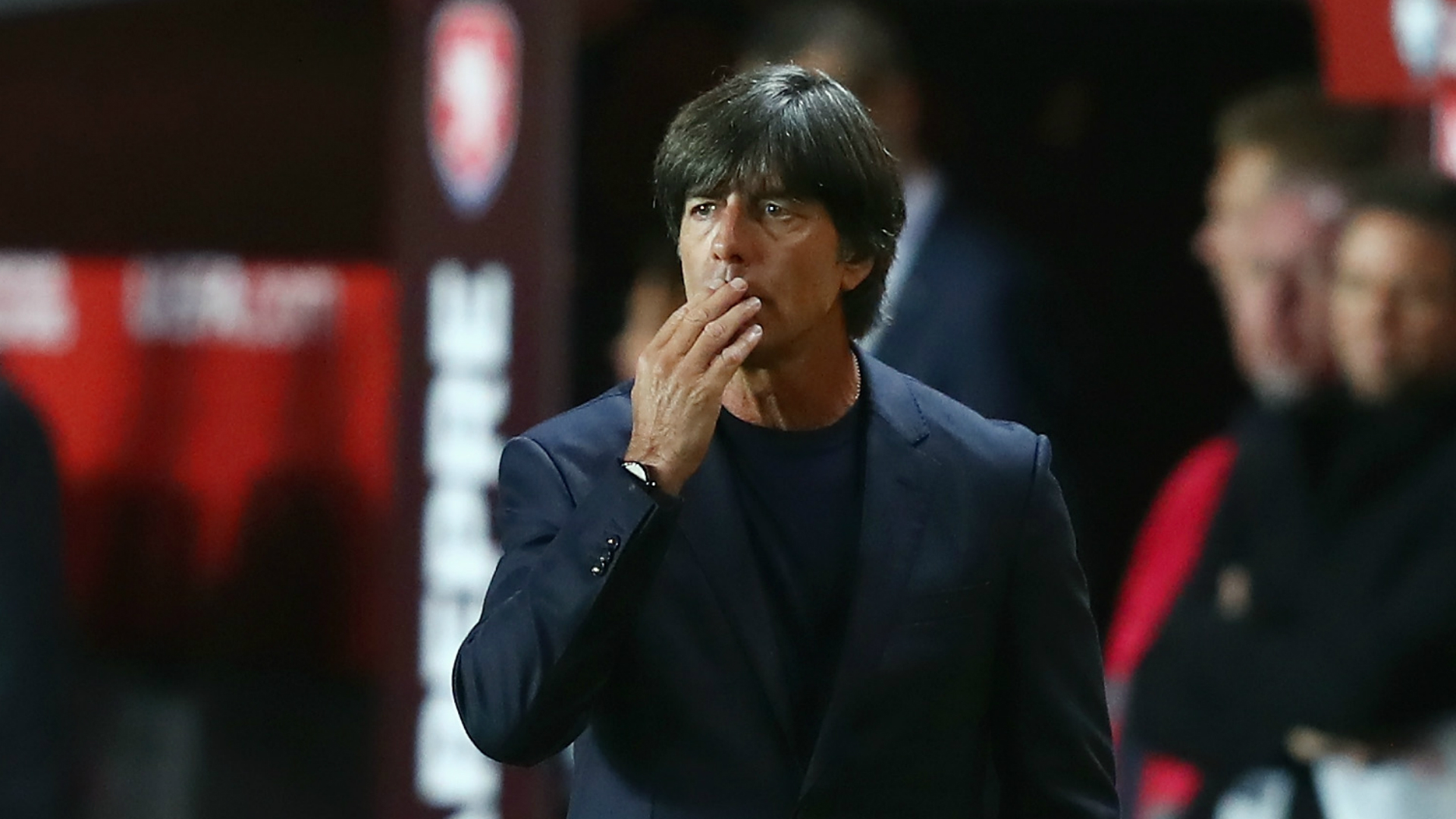 There has been some controversy over the expansion of the World Cup to 48 teams, with Germany manager Joachim Low opposing the decision as it would let inferior nations qualify and the quality of the matches would suffer.

“The sporting value can not be diluted although I understand the smaller nations who could enter the big stage in this way,” Low told Welt am Sonntag in 2016.

He also expressed concern over the fact that an expanded tournament would have more games and thus would increase player fatigue after long seasons with their clubs: “We must be aware that the quality will suffer in the long run. We must not overdo it.”

Some commentators also pointed to the fact that three-team groups would mean that final group games were not played simultaneously, and the two teams would know what result was needed in the last game and force a certain outcome to benefit both teams.